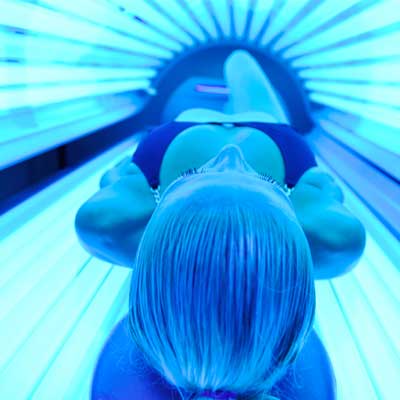 Posted at 10:02h in Uncategorized by Katie 0 Comments
0 Likes
Share

A panel of many of the world’s leading vitamin D researchers released an online video in late 2014 calling for the public to embrace a balanced approach to UV exposure as the most important source of “the sunshine vitamin” and as a trigger for other beneficial substances made in the skin.

The video was released by Grassroots Health, a public health advocacy group based in  San Diego, following a vitamin D-sunlight conference held at the University of California-San Diego where researchers unanimously supported a more balanced look at sunshine.

It contains some of the most frank and direct statements supporting balance perhaps ever made in a public presentation.

“The most natural way to make vitamin D is to expose our skin to the sun, particularly around mid-day,” Creighton University Vitamin D pioneer Dr. Robert Heaney said on the video. Heaney is widely regarded as one of the world’s foremost vitamin D experts. He cited overuse of sunscreen as a public health mistake.

“I think its important to understand that although sunscreen can be a very helpful thing for us, the sunscreen manufacturers have a vested interest in scaring us to death so that we’ll use more of their product. That I think needs to be resisted. I think that’s a mistake. If you have a chance to be outdoors, I think you should be outdoors when you can.” Heaney said.

Dr. Michael Holick — a world-renowned vitamin D expert from Boston University who has published several hundred papers on vitamin D and co-authored a study showing that sunbed users have 90 percent higher vitamin D levels as compared to non-users, encourages “sensible sun exposure” not just for vitamin D, but for a host of other natural by-products produced in the skin when it is exposed to UV light. Holick defines “sensible” as never sunburning and wearing sunscreen after you’ve gotten adequate sun.

“There are probably a lot of other biologic processes that are going on in your skin when you are exposed to sunlight that need to be really-investigated,” Holick said. “One of them potentially is that not only when you’re exposed to sunlight do you make vitamin D in your skin but you make at least 5-6 additional vitamin D-like photoproducts that we think have unique properties in the skin that may actually help reduce the risk of skin cancer and may have improvement in overall skin health.”

Sunbeds as a source of UV-induced vitamin D were also supported in the video. “Sunbeds of course can be used to make vitmain D. It’s been one of the ways that we’ve measured the amount of vitamin D that skin has the capacity to make. So what we claim about sunshine and how it makes is actually suntan parlor results,” Dr. Reinhold Veith, a world-leading vitamin D reseracher from the University of Toronto, said on the video.

Dr. Cedric Garland, a vitamin D pioneer from the University of California-San Diego, congratulated Australians for coming around to embrace sensible non-burning sun exposure. “Australia is now promoting a D-Break in winter, and I think it’s a great idea,” Garland said.

Click here to view The GrassrootsHealth press release and the online videos.